Han Bing’s photography series: Urban Amber looks to visualize the drama of China’s transformations as the nation is caught up in what he calls the “theatre of modernization.”

His solo show entitled Urban Amber is a series of roughly twenty photographs (c-prints on aluminum) and four transparency light box units, all of which were taken over the course of six years and will be on exhibit at FitzGerald Fine Arts gallery at Wooster Street in Manhattan with a dedicated evening reception on September 23rd.

In Urban Amber, Han Bing’s visual interventions also raise questions about the paradoxes of desire. Desire for Han Bing is an irreducibly bifurcated modality, that is, it has powerful manifestations and effects that can be both beautiful and poisonous. In his conceptual photography series of single-exposure images, Urban Amber, this paradox takes on a different form. The spectre of glamorous high-rises, those icons of middle-class China’s dream of home and a better life, are juxtaposed to the rundown, temporary dwellings of the urban poor living in their shadows. These fantasy high-rises appear resplendent and dream-like until you realize that their inverted images are reflected in Beijing’s ubiquitous, industrial-waste and garbage-infested “/stink rivers”. Like amber, these rivers capture sediment of the times, showing us through a mirror darkly, the underbelly of China’s fantasy of modernity. 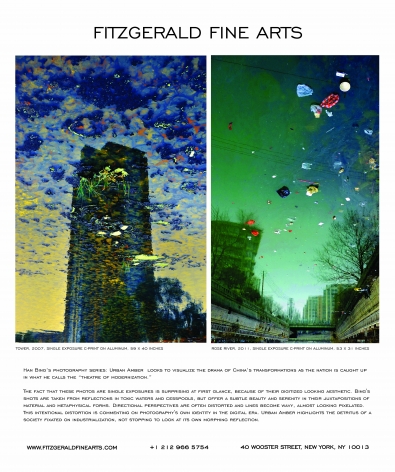 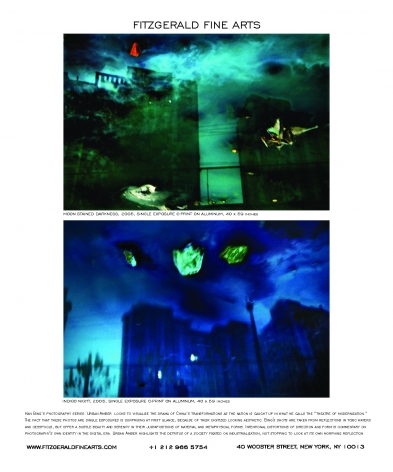